End of the Line

End of the Line

Just like last time, I am at a loss as where to start writing. I'm painfully familiar that this is already charted territory for me. On the 28th of June 2014, I resigned as the leader of this faction. Today, I'm resigning from the second rank, though that does not make it easier even slightly. And though I am well aware that the appearance has been the opposite for a long time, I still hold this faction dear.

But, how can someone hold a faction dear they have not been devoting time to for the past months? A very valid question. And the paradoxical answer is that because I love this faction, what we've created with each other over the past years, I have not devoted time to it.

The leadership of this faction has been fighting a war for recognition, for a place on this server, since before I joined in 2011. A war against misconceptions, against ignorance, against intolerance of ideas that don't conform to the majority, against the superiority complex of others. I have been part of that war since I was corporal, when I was first informed about the status quo. And it persists to this very day, to this very faction leadership.

We have come a long way since 2011. We have come a long way since my resignation in 2014. And I can proudly say that I have been a part of creating that progress. And because of that, because of the history I have with this faction, I hold it dear. Which makes it very painful to see others attempts to keep this faction from reaching its full potential, potential I know is there. Even more painful is seeing their attempts succeed. It's a pain I have been dealing with in varying degrees of severity over the years.

But it is a pain I want to get rid of now. Because the way I currently deal with it, it harms others, something that has not been my intention at any point in time. So pressing submit on this draft is the only proper way.

I won't be making a list of people who I want to thank or who I want to do a shout-out to. I did not make one in 2014, I won't make one now. I have met too many people over the years that meant something to me.

It's sad to see you leave the faction and I will miss you, you did an amazing job. I really appreciate the chances and the opportunities you gave me in the faction. Take care.

It is honestly saddening to see this. Speaking frankly, you were the glue that held High Command together during extremely rough times. It's unfortunate that some of us haven't been able to keep up their fight in the never-ending war for this faction to be recognized as what it truly is. Forces beyond our control seem to have always had it out for us, and I admire that you were able to stand it for that long. I believe I can sympathize with you on the pain of seeing DOC held back. Even though I am not in the faction anymore, I still care dearly about it. Seeing legitimate attempts for this faction to be removed from its discriminatory status below par to the other legal factions fail, not because of the people trying quitting, but because of an existential veto from even the highest vessels of power pained me extensively as well. It still does.

I wish you well with whatever you may do next in your life.

It's genuinely sad to see you go. Probably the most ambitious and dedicated man with one of the most iconic characters out there. Take care & all the best.
Top

Peace man, was nice to see you back while it lasted.
Top 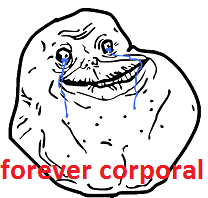 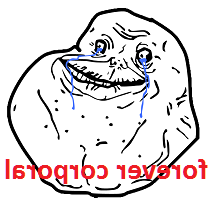 Sad to see you go. I wish you luck with your future. 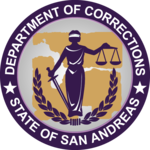 You are one of the rocks upon which this faction is built. It's grieving to see you leave.
It's very obvious, DOC had its up and downs, most of which I wasn't here to see.
For years, DOC has had many commissioners, and known several changes of structure. Through various vicissitudes, wrecks, and upheavals, only the OOC opposition to the faction from some individuals has remained a constant.

I'm confident those who remain will be able to continue the legacy you gave to this faction and make it thrive against odds, as this sounds more like a final goodbye from you than the previous resignation.
Top 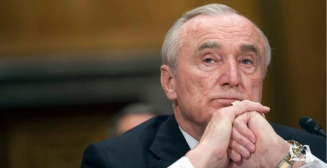 I have sad that before and I will say it again. You were the friendliest high-command in this faction. You were the one that kept me motivated when I was planning to resign multiple times. Good luck with your future endeavors, Galen!
Top

I was gonna quote what I said on your previous resignation as it still fits how I feel about this one, but I decided not to.
I just hope that you come back one day.
**funny joke** or **important inspirational quote liek dis was damn opera show**
or **random important stuff about doc or character**

"It's not police brutality! It's prison mentality!"

Oh we've had out laughs & giggles, Dylan! You always knew your way around words. Keep your humor. Please make it far in life, you are extremely clever with a lot of opportunity and you are a true inspiration.

I can now apologize for all those times I trolled you and annoyed you and complained to you. 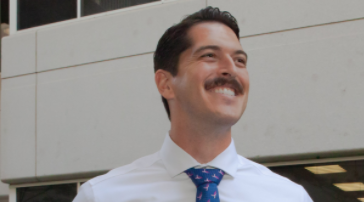